This project is part of Ping Chong and Company’s initiative to invite new artistic voices to create work inspired by, in conversation with, and drawing from engagement with our archival body of work.

The original Nocturne in 1200 Seconds was a short play written and directed by Ping Chong for the 1998 Hong Kong Arts Festival. As part of a conceptual prompt, all participating artists had to create within a given set of parameters, which entailed the inclusion of a table, two chairs and two performers.

Ping Chong’s resulting play is a collection of found texts performed by two otherworldly figures, a juxtaposition of source material that jumps across different times and geographies, describing some of the darkest acts of state sanctioned violence, suppression, and human cruelty. In Fall 2020, Ping Chong and Company invited a group of artists, to create short online works responding to this original script, prompt, and the current moment. These works are presented with a new video adaptation of Nocturne in 1200 Seconds.

We revisit Nocturne in 1200 Seconds in response to an ongoing moment of darkness for the country and the world. All of these pieces were created in fall 2020 in New York City and Trenton, NJ and during that time we experienced the ongoing Covid-10 crisis, continued social distancing, a national election marked by unprecedented effort to disavow the results and undermine democratic process.

During this time of continued limitations, we asked: What does it take to create in this moment?

Ping filmed his new video adaptation at our company’s creative home: La Mama’s Great Jones Studio over a period of a few days in October; while Zakaria took a camera to the streets of New York City right after the election to imagine a heightened and stylized world while also documenting the city in this moment. Jaime and Matt delved with great precision and rigor into the world of media and sifted with a fine sieve through the many versions of truth that are built online. Irisdelia drew from deep wells, to explore the nuance and hardships of love and family within and beyond the walls of her home. Kenya’s subtle reflections and expression are embodied through dance, sound and interiority.

Each artist brings their distinct voice and chosen format / genre to share their personal response to the source material and this current moment to spark an intergenerational creative conversation. A common thread throughout the work is a willingness to look into the heart and complexities of darkness, at this particular moment in time.

ABOUT NOCTURNE IN 1200 SECONDS

Nocturne in 1200 Seconds was originally created in 1998 for a curated festival in Hong Kong under the title, Journey To The East. It was a concept driven festival in which 12 Chinese diasporic artists: filmmakers, visual artists, playwrights, directors and choreographers were commissioned to create 15 minute long works with the restriction that they were to use the same table and two chairs in each work with 2 actors of their choice. 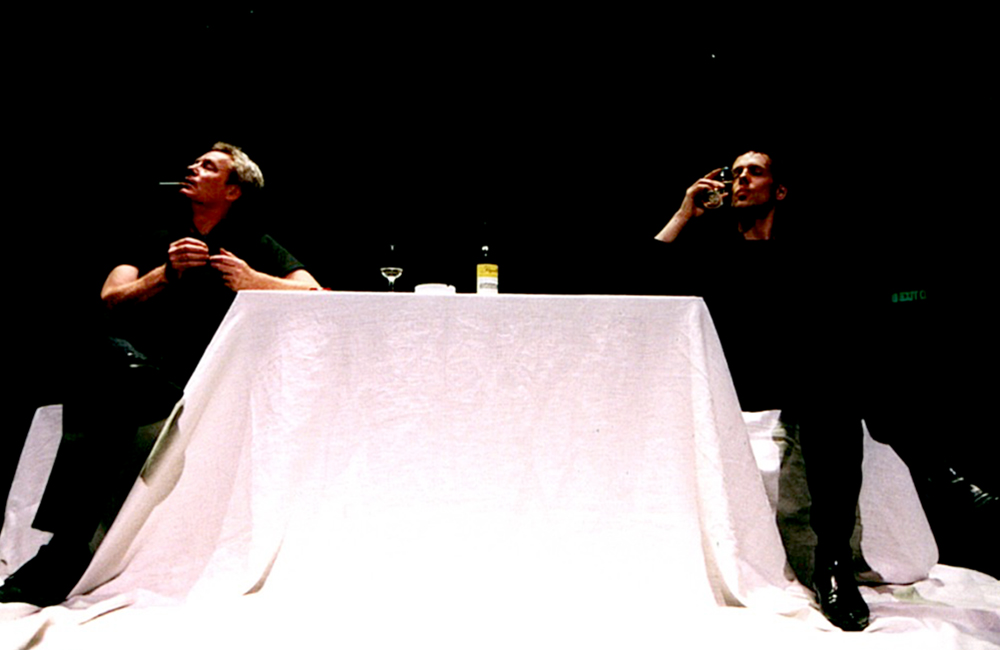 Nocturne in 1200 Seconds was originally presented at the Hong Kong Arts Festival in January 1998, and featured Roger Babb and Christopher Caines.

Check out the related project Nocturne REMIX 2020, a  series of short video responses to the Covid-19 pandemic created in June 2020.